Word spread and shortly thereafter he found himself working on an array of projects doing make-up for corporate industrials, sculpting masks for Halloween companies and finally collaborating with punk icons the Misfits, creating make-ups for their stage show as well as writing, producing and designing the make-ups for their video with George Romero.

He found his first foothold in Hollywood at Optic Nerve Studios as a designer, fabricator, sculptor and painter on several seasons of Buffy, Angel, X-Files, Freaky Links, Babylon 5 and Roswell, among others. Eventually, he began freelancing with several film studios. He served as sculptor, painter and fabricator on Feast and the Pumpkinhead sequels, worked with Ve Neil and Joel Harlowe on Pitch Black: Chronicles of Riddick and contributed to Steve Johnson's XFX on Blade 2, and supervised the research and development on Spider-Man 3.

Now the sole owner and CEO of Optic Nerve Studios, Glenn has personally supervised and designed every effect for hundreds of forensically accurate make-ups and corpses for Crossing Jordan, Hugh Jackman's head and body replicas for The Prestige, all of the make-up illusions and prosthetics that propel Heroes and CSI: NY, the surreal effects in Sony's Legion, custom wardrobe and instruments for Lady Gaga and a myriad of other projects. He continues to sculpt and paint on many of the effects and often applies the make-ups himself. 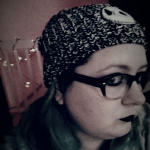